In the midst an epic battle, Dorgen Largebellows crushed the skull of his enemy in a single swing. His hammer had once again brought down a foe. Raising his head -... Read more

Description
In the midst an epic battle, Dorgen Largebellows crushed the skull of his enemy in a single swing. His hammer had once again brought down a foe. Raising his head - and beard - high, the warrior looked at what was left of the horde in front of him. He held his hammer high, threatening. In a moment, all were fleeing and he was left alone. Years before those events, the Dwarf had the great idea to forge himself a hammer fitting to his ambitions. He declared that this idea was a great one, and that they should wait and see the results. After months of hard work, he had the weapon to prove he was the greatest blacksmith, and ready for battle.

The Dorgen Hammer is part of the Seyrawryn universe, created by Martial Grisé. This hammer, while looking incredibly real, is in fact perfectly safe thanks to its Calimacil foam. The grip has a leather texture and is adorned with a steel pommel, while the wooden handle holds the steel-coloured heads. A green emerald sits atop of this unique weapon. Its heads are hollow for safe LARP combat, and its Calimacil foam material ensures its durability for years of adventures.

Perfect for dwarven characters, this hammer will also suit brutes of a more rough nature, such as Trolls, barbarians and other monsters. Great to show some status and prestige, this LARP weapon is adapted to noblemen and women alike. However, it can also be used by the more common folk, like stoneworkers who enjoy their work. 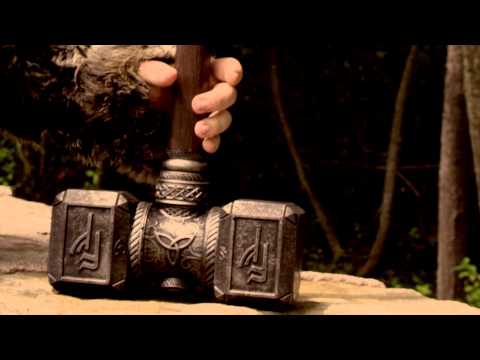 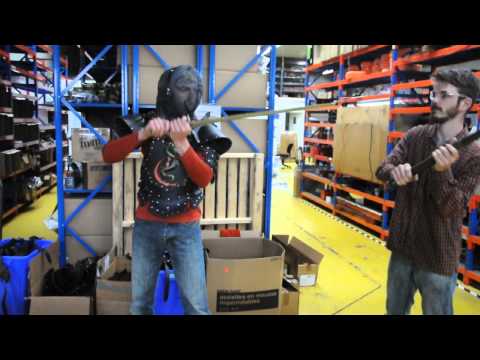 Reviews
Sort:
Most Recent
5.0
out of 5
5
10
4
0
3
0
2
0
1
0
Hmm... you don't seem to have purchased this product yet to be able to leave a review.
You have already reviewed this product. If you would like to edit your existing review then please contact us directly.
Something went wrong! Please try again!
E Verified Buyer
Erin J.
Verified Buyer
May 18, 2021
Fantastic quality! Fantastic quality!
0
O
Orin
Dec 24, 2020
Masterfully crafted
Truly a one of a kind weapon for larping or cosplay. It feels amazing as if you were a dwarf leading an army through the lonely mountains. It's alot lighter than what I anticipate... view mored and is able to be handled with ease. The heads are super soft and are great for heavy use. view less
0
J Verified Buyer
Joseph S.
Verified Buyer
Sep 9, 2019
Monster of a hammer! This is a great work of art that is also durable for high impact LARPs. Highly recommend if you want to get your smash on!
0
T
Tristan T.
Jul 19, 2019
There is not much more to say about this weapon other than that it's great. It feels great, looks great and is easy to control. After quite a fair amount of use it's still not sho... view morewing any signs of damage, even though it has been left out in the cold, rain and mud for several hours. The head can be a bit hard hitting, but this can be easily avoided once you gain a bit more control of the weapon. view less
0
G
Gabriel S.
Jul 19, 2019
Polyvalence Je trouve que la longueur de la poignée est parfaite je peux la manier autant a une main et la prendre a deux mais pour la frappe suivante
0
Load more
0
Store Response